Welcome to volume 2 of Résonance, which we dedicate to Murielle (Nadeau) Martin (April 3, 1933-November 3, 2019), fiction editor Jane E. Martin's mother. Read Jane's introduction to this issue, and learn a bit about her mother here.

Sister George and What's in a Name
Ernest Hebert

Review Essay: Songs Upon the Rivers: The Buried History of the French-Speaking Canadiens and Métis from the Great Lakes and the Mississippi across to the Pacific by Robert Foxcurran, with Michel Bouchard and Sébastien Malette
David Vermette 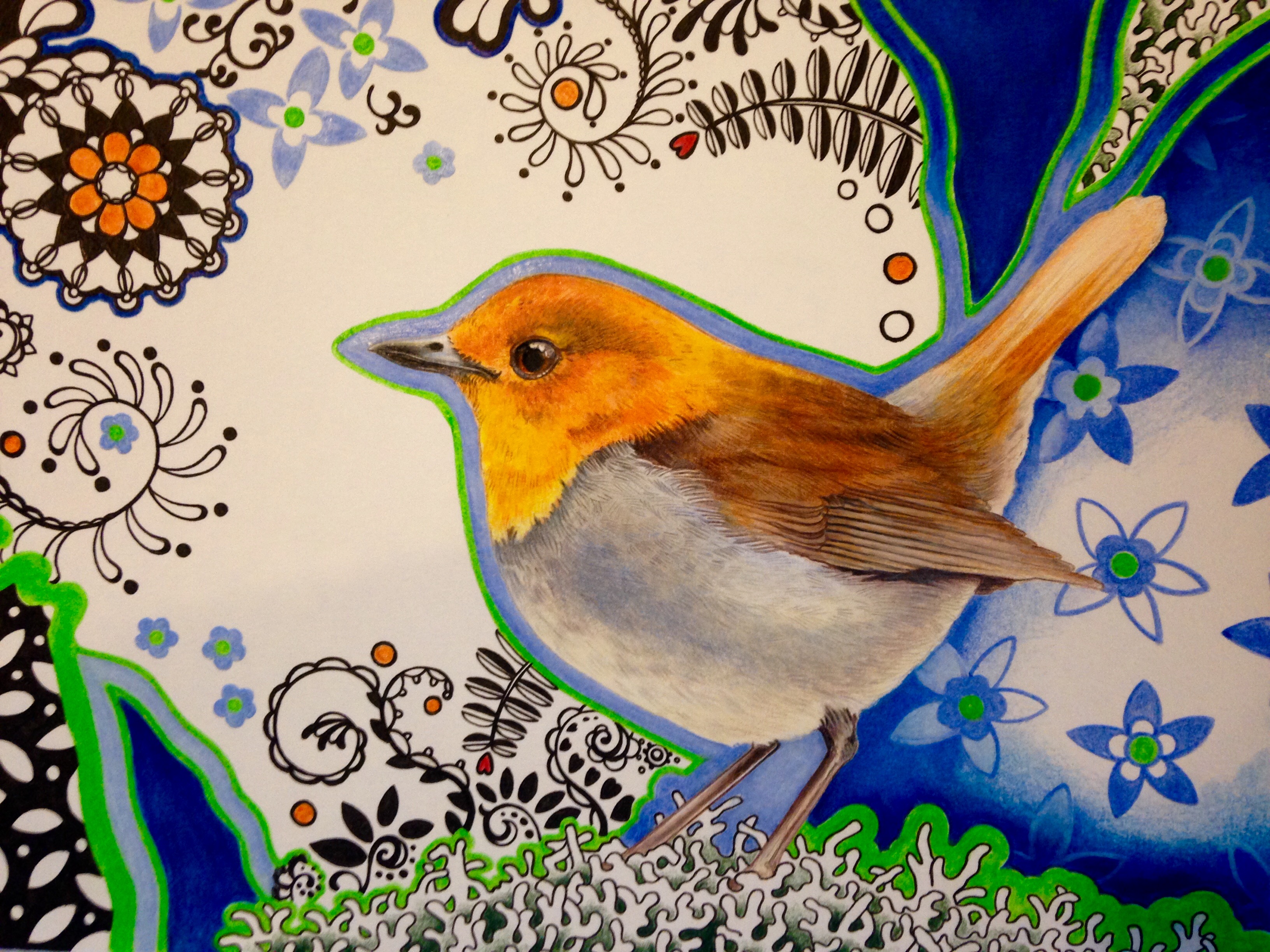 Marc T. Boucher was a grad student at the University of Maine at Orono, and later returned as Assistant Director at the Can-Am Center. He then spent 32+ years at the Quebec Government's Ministère des relations internationales, where his very first posting was that of Délégué du Québec en Louisiane (1980-1983). He is currently retired, and spends several months in Louisiana each winter. He is preparing a series of short stories based on his life there--a kind of memoir.

Charles A. Gargiulo’s first book is Farewell Little Canada. His writings have appeared in Merrimack Valley Magazine, Lowell Sun, and other publications. He grew up in Lowell public housing, joined the military, went to UMass Lowell on the GI Bill and graduated Summa Cum Laude with a B.S. in Sociology. He founded the Coalition for a Better Acre, a community development group that has fought for the rights of new immigrants and the poor and successfully saved large parts of Lowell’s Acre neighborhood from being demolished. He was named one of the “Lowell 100,” an honor given by the Lowell International Institute to recognize the 100 most important leaders in Lowell history who have worked on behalf of the city’s immigrants.

French-speaker from Quebec, Canada, Lisanne Gamelin spent time in Texas before earning a degree in History and Film Studies just to skedaddle to New Zealand. When she returned, she worked for a Montreal literary festival, before heading to Louisiana. Her time there inspired her first novel (unpublished) and this publication is the first chapter.

David Greenham is the associate director for the Holocaust and Human Rights Center of Maine, and is an adjunct professor of Drama and English at the University of Maine at Augusta. He has been a theater artist and arts administrator for more than 25 years. David is the founder of Maine History Theater of Ideas and has been commissioned to create several touring programs for the Maine Humanities Council. He also serves as the Chair of the Maine Arts Commission and is a contributing reviewer for The Arts Fuse.

Ernest Hebert is the author of two books of non-fiction and eleven novels, including the seven-book Darby Chronicles. His first published novel, The Dogs of March, received a citation from the Ernest Hemingway Foundation in 1980. Three other of his novels have also won prizes for excellence in fiction writing. His most recent book is The Contrarian Voice and Other Poems (2017). ​​Having taught as an adjunct professor at Keene State College 1985-1986 and at Dartmouth College 1988-2015, his current status at Dartmouth is Professor of English, Emeritus.

Elizabeth N. Kadetsky is the author of four books, the most recent the winner of the Juniper Prize in Creative Nonfiction for 2019, forthcoming from UMass Press on March 27, 2020. Her personal essays have appeared in The New York Times and many other venues, and her fiction has appeared in The Antioch Review and elsewhere. She is a nonfiction editor at New England Review and associate professor of creative writing at the Pennsylvania State University.

James LaForest is a native of rural northern Michigan and a graduate in Classics from the University of Michigan, as well as a librarian by training. He is the creator of blogs The Red Cedar: Essays and New Perspectives on French-Canadian and Métis Culture, and Voyageur Heritage: A Community Journal. He has also contributed to several publications including The Michigan Historical Review, Choice Reviews, Le Forum, and others. He is lives in Chicago.

Paul Marion is the author of several collections of poetry including Haiku Sky (2019) and Union River: Poems and Sketches (2017) as well as editor of the early prose and poetry of Jack Kerouac in the volume Atop an Underwood (1999). His book Mill Power (2014) documents the transformation of Lowell, Mass., from a declining textile manufacturing city to a national park commemorating the American Industrial Revolution and worldwide model of renovated gritty cities.

Jane E. Martin earned an M.A. in dramatic literature from Tufts University and an MFA in creative writing from the University of Michigan. She was a Fulbright scholar at McGill University in Montréal and received grants from the Conseil des arts et des lettres du Québec and the Maine Arts Commission. Her work has appeared in The Southern Review, Michigan Quarterly Review, and other journals. She teaches writing at McGill and is fiction editor for Résonance.

After traveling throughout Europe, Western Africa, and the Sahara Desert, Marie-France Mouray spent several decades in New Orleans, working at the French Consulate as the Coordinator of cultural services. She also worked as an interpreter and translator for conferences, and have published several articles in French magazines. She is now retired in France.

James Nolan, a fifth-generation New Orleans native, is a widely published fiction writer, poet, essayist, and translator. His twelfth book, Nasty Water: Collected New Orleans Poems, came out last year, and his recent Flight Risk: Memoirs of a New Orleans Bad Boy won the 2018 Next-Generation Indie Book Award for Best Memoir. His fiction includes You Don’t Know Me: New and Selected Stories (winner of the 2015 Independent Publishers Gold Medal in Southern Fiction) and the novel Higher Ground (awarded a Faulkner/Wisdom Gold Medal). He has been the recipient of an N.E.A. grant and two Fulbright fellowships.

Abby Paige was born and raised in northern Vermont, USA, and now lives in New Brunswick, Canada. Her poems, essays, and book reviews have appeared in publications in both countries, including Room Magazine, Arc Poetry Magazine, Bitch Magazine, The Montreal Review of Books, and The Los Angeles Review of Books. Her solo shows, “Piecework: When We Were French” and “Les filles du quoi?,” are currently being translated in preparation for publication.

Chad Parenteau is the author of Patron Emeritus, released in 2013 by FootHills Publishing. His work has appeared in Tell-Tale Inklings, Queen Mob's Tea House, What Rough Beast, The Skinny Poetry Journal, Ibbetson Street, and Wilderness House Literary Review. He serves as Associate Editor of the online journal Oddball Magazine. His second full-length collection, The Collapsed Bookshelf, is forthcoming.

Robert B. Perreault has worked as a research assistant/oral history interviewer, librarian/archivist, freelance writer, historical tour guide, public speaker, photographer, and conversational French teacher to promote Manchester's history and New England's Franco-American culture since 1973. His works of nonfiction and fiction, written in French, in English or in both languages, include seven books and more than 160 articles, essays, and short stories published in the US, Canada and France.

Melissa Pelletier-Provencher is an award-winning artist who lives and works in Southern Maine. Working primarily in colored pencil, a medium that this self-taught artist has loved since childhood, Melissa also works in watercolor, ink, and graphite. Her subject matter and creative style vary. Most of Melissa’s pieces are inspired by nature, and animals are a common theme in her work. She also enjoys creating children's books, traveling, photography, and gardening. Her original art is in private collections around the world.

Emilie-Noelle Provost lives in Lowell, Massachusetts. She is an editor at 512 Media Inc., the publisher of Merrimack Valley Magazine (where she is a regular columnist) and The Bean Magazine. She has published hundreds of feature articles, book reviews and interviews. In 2018, North Country Press published Provost’s first book, The Blue Bottle, a middle-grade adventure novel with a female protagonist. Her short stories have appeared in various journals; the most recent of which, "The Flame," was published in Lady.

Steven Riel is the author of one full-length collection of poetry (Fellow Odd Fellow), as well as three chapbooks, the most recent being Postcard from P-town, which was published as runner-up for the inaugural Robin Becker Chapbook Prize. His poems have appeared in several anthologies and numerous periodicals. He received an MFA in Poetry from New England College.www.stevenriel.com

Jeri Theriault’s publications include her award-winning In the Museum of Surrender, Radost, my red and two earlier collections. Her poems and reviews appear in Beloit Poetry Journal, The Texas Review, The American Journal of Poetry, The Rumpus, and many other publications. A Fulbright recipient and three-time Pushcart Prize nominee, Jeri won a Maine Literary Award for Poetry in 2019. She lives in South Portland, Maine. www.jeritheriault.com

Bill Tremblay is a poet and novelist. His work has appeared in nine full-length volumes, including Second Sun: New & Selected Poems; Duhamel: Ideas of Order in Little Canada; Shooting Script: Door of Fire, which won the Colorado Book Award; and most recently Walks Along the Ditch: Poems. He is also the author of a novel, The June Rise, which received a star review on NPR’s “All Things Considered.” Bill has received fellowships and awards from the NEA, the NEH, the Fulbright Commission, and the Corporation at Yaddo. His work has been featured in many anthologies, including Pushcart Prize and Best American Poetry. He directed the MFA in Creative Writing Program at Colorado State University, founded Colorado Review, and served as its chief editor for 15 years. "Écoute" is from Bill's new collection of poems, When Late the Sweet Birds Sang, as are "My Father Drives Me to Amherst" and "High Requiem," which were published in issue 1 of Résonance.

David Vermette is the author of the book A Distinct Alien Race:The Untold Story of Franco-Americans (Montreal: Baraka Books, 2018). He is a researcher, blogger, and speaker on the subject of New England's Franco-Americans. He was born and raised in Massachusetts.