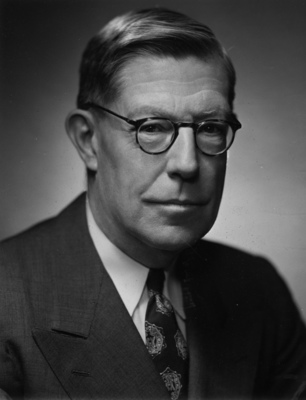 Philip S. Bolton was born in Gorham, Maine, March 1, 1893. He earned a B.S. degree in Chemical Engineering from the University of Maine in 1913. In 1913, he began his professional career with the Partington Pulp & Paper Company, St. John, New Brunswick moving on to work with the Penobscot Chemical Fibre Company in 1916. The following year, Bolton moved on to the Byron Weston Company before being drafted to serve in the Chemical Warfare Service in 1918.

Following his service in World War I, Bolton worked with the Huron Milling Company until 1923, when he became a partner in Mansfield, Bolton, Kent from 1924 to 1932. Moving on, he worked with the Clinton Corn Products Company from 1933-1943 when the joined the Robert Gair Company in 1943, establishing the Research Department. In 1949, he began Technical Director of the Robert Gair Company. In 1958, Bolton stepped away from his position as Technical Director to become a Special Assistant before finally retiring from the company in 1960.

Bolton was a charter member of the Pulp & Paper Foundation which he helped organize in 1950. He proposed the creation of the fifth-year Pulp & Paper program intended to provide broader training to prepare students for management responsibilities. He served on the Foundation’s Curriculum Committee and as Director of the Foundation from 1950-1957.