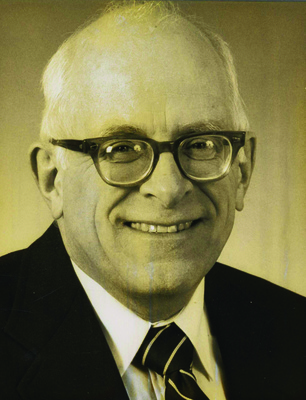 Kenneth I. “Kim” Mummé was born on October 23, 1932, in Appleton, Wisconsin. He entered Lawrence College as a music major but later switched his scholarly efforts to earn a B.S. in Physics in 1954. He attended graduate school at the University of Nebraska.

In 1956, Mummé joined the paper industry as an Instrumentation Engineer-Physicist at Kimberly-Clark Corporation in Niagara, Wisconsin, moving to the company's Neenah location as a physicist in 1958.

Mummé joined the University of Maine in 1963 as an IBM lecturer in Chemical Engineering (analog computer simulation). He also received his Master's (1966) and Ph.D. (1970) degrees in chemical engineering during this time. Between 1971 and 1991, Mummé spent the first of four separate years at Technical University in Trondheim in Trondheim, Norway. Mummé was instrumental in the installation of the University’s first large, analog computer and the initiation of computer-based process control classes. Mummé eventually became responsible for the Department of Chemical Engineering’s undergraduate curriculum and its Co-Op program.