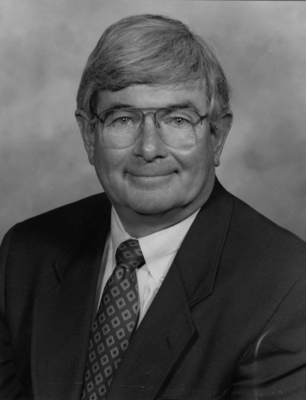 James L. Burke was born in Lewiston, Maine and educated in Auburn, Maine schools. He attended the University of Maine, earning his B.S. in Chemical Engineering. He completed his Ph.D. at the Institute of Paper Chemistry in Appleton, Wisconsin.

Burke began his career with Mead Corporation's research organization. He became paper machine superintendent and then General Superintendent at Mead's Escanaba mill. Subsequently, he went to the Company's Virginal, Belgium mill as manager and was named Vice President of Manufacturing at the Forms Division. He joined Garden State Paper Co. in 1979 as General Manager of the Western Division. Later he was promoted to President and COO at Garden State, moving to Garfield, N.J. In 1993, Burke became President & CEO of Southeast Paper Manufacturing Co.

Himself, a former Pulp and Paper Foundation scholarship recipient, Burke joined the Board of Directors in 1989. In 1990, he was elected a Vice President and became the Foundation's President in 1991. After two years, he was elected Chairman in 1993 and completed his term in 1995.