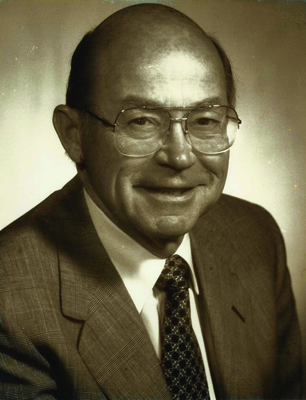 A native of Des Moines, Iowa, Jack E. Chinn earned a B.S. from Cornell College, Mount Vernon, Iowa and an M.S. degree from the Institute of Paper Chemistry in Appleton, Wisconsin.

Chinn’s service with UMaine’s Pulp and Paper Foundation began as a Director-at-Large in 1982. He was Chair of the Foundation's Educational Relations Committee from 1984 until 1987. In 1987 he became Chairman of the Open House Committee for a year until becoming a Foundation Vice President in 1988. He was the Foundation's President from 1989 to 1991, and chairman from 1991 until 1993.