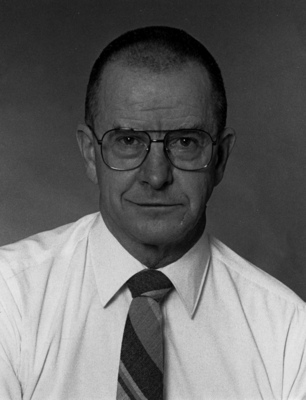 David J. Kraske was born on September 22, 1930, at Wisconsin Rapids, Wisconsin. He graduated from Western Michigan University with a B.S. Degree in 1953. He received a Ph.D. from the Institute of Paper Chemistry in 1959.

Kraske started his career with Oxford Paper Company in Rumford, Maine. Oxford later merged with Boise Cascade Corporation. His major responsibilities with the company included General Production Manager at Rumford and later Project Manager for the R-15 expansion. In 1980, he was promoted to Resident Manager at Kenora Ontario, Regional Manager in 1984, and a vice president in 1986.

In 1987, Kraske joined the University of Maine faculty and was named Chemical Engineering Chair in 1988. He retired from the University in 1992 and spent the following 27 years working on his tree farm in Hartford, Maine.

Kraske’s activities with the UMaine Pulp and Paper Foundation began as a faculty liaison for the installation of the pulp and paper pilot plant, dedicated in 1989. He took an active role in encouraging faculty research which doubled during his tenure as department chair. He also worked to increase undergraduate and graduate enrollment. With his brothers, he is a donor of the William H. Kraske Fund, and with his wife's family to the E. Victor Ahara Fund. Kraske died on September 4, 2019.