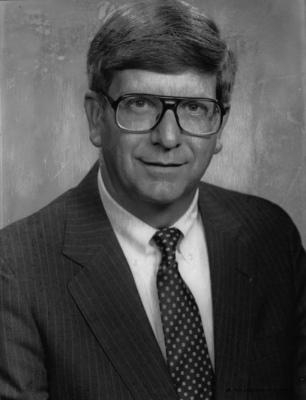 Thomas C. Norris was born in York, Pennsylvania on May 9, 1938. He earned a B.S. Degree in Business Administration from Gettysburgh College in 1960 and joined P. H. Glatfelter Company as a computer programmer following his graduation. Norris was promoted after two years to Data Processing Manager and then to Director of Services.

In 1972, Norris was appointed Assistant to the President of P. H. Glatfelter Co. and in 1975 he was named Vice President, Operations-COO and a Company director. He was elected Glatfelter's President in 1980.

Norris’ activities with the UMaine Pulp and Paper Foundation began in 1981 when he was elected a Director. In 1982, he was elected a vice president, a role he filled until 1984 when he became president and served longer than any predecessor until his election as chairman in 1988. He distinguished himself as a champion of student recruitment and the project to equip the pulp and paper laboratory addition to Jenness Hall.