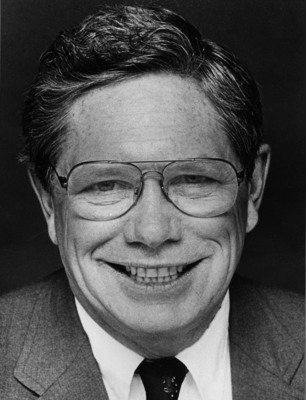 Charles “Chuck” W. Schmidt was born in New York City on March 18, 1928. He earned his undergraduate degree in Chemistry from Williams College before moving on to do his graduate work at Carnegie Technical institute and the Advanced Management Program at Harvard University.

Schmidt’s professional career in the paper industry began when he joined S. D. Warren Co. as an apprentice salesperson in 1948. Two years later, he became District Manager in Rochester, N.Y., a position he held until 1952. From this position, he moved to the West Coast, then Philadelphia territories before going to Boston as Assistant Sales Manager. Schmidt was promoted to Vice President of Sales before advancing to the position of President in 1972, after S. D. Warren became a division of Scott Paper Company.

After 33 years with S. D. Warren and Scott Paper, in 1983 Schmidt departed to become President and Chief Executive Officer of SCA Services, Inc. At the time the third largest but scandal-ridden, U.S.-based waste management company. Under attack by corporate takeover bids, Schmidt arranged a $423.2 million dollar sale of the company in a 60/40 split between Waste Management Inc. and Genstar Corporation, a financial services, building supplies, and real estate company.

Following the sale of SCA Services, Inc., Schmidt went on to become the first Executive-in-Residence of Babson College in January 1985. He was also named a full professor, lecturing on the mission of business management. The college presented him with an Honorary doctorate. The following June, Schmidt was elected Senior Vice President and Group Executive of Raytheon, Co. of Lexington, Massachusetts. He retired from Raytheon at the end of 1990.

Schmidt’s association with the UMaine Pulp and Paper Foundation began in 1973 when he was elected as a director. In 1975 he served as Vice President and between 1979 and 1981, as President. Schmidt established the William C. Schmidt & William C. Schmidt, Jr. Named Scholarship Fund in honor of his father and elder brother, Ensign W. C. Schmidt, Jr. who was killed in the Pacific Theater of World War II on Nov. 24, 1943.

Chuck Schmidt died at his home in West Tisbury, Massachusetts on September 25, 2018.