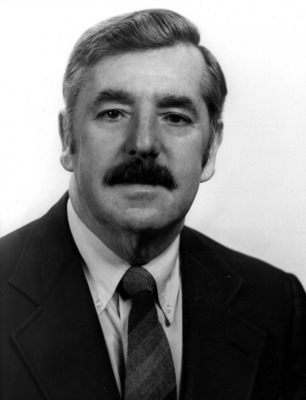 Edward T. Bryand was born February 11, 1926 in Fall River, Massachusetts, the son of Martin and Louise (Levesque) Bryand. He served with the United States Navy aboard the U.S.S. Dortch in the Pacific Theater during World War II. He graduated from the University of Maine in 1952 with a degree in General Engineering.

Bryand began his engineering career by designing jet engine components at ITE Circuit Breaker Company. He moved on to become a manager at Portland Copper and Tank Works, where he developed his interest in welding and metallurgy and went on to invent the honeycomb roll systems.

Bryand formed his own company, Metal-Tech, Inc. which became Honeycomb Systems, Inc. in January 1960. His honeycomb rolls were used in many paper processing applications from felt conditioners to tension and dust removal rolls, the production of non-woven webs, and most importantly, for drying tissue grades. The success of his invention allowed Bryand to grow from a two-person operation into an innovative, multi-national enterprise which he sold in 1988.

Bryand was active in the University of Maine Pulp and Paper Foundation since he formed his Company, first through cooperative research, as a Company Member and as the donor of two Named Scholarships. During his time with the Foundation Bryand served in the office of Treasurer and served as the Foundation's representative on the Chemical Engineering Department Chairman Search Committee. He was active with both the University's Development Council and the General Alumni Association. He died in Fort Myers Beach, Florida on July 8, 1999.