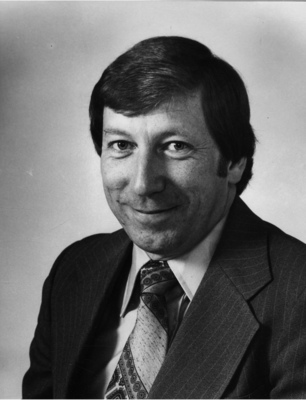 Delmar “Del” R. Raymond was born in 1943 in Phillips, Maine, the son of Richard and Phyllis Raymond. He received his Bachelor’s, Master’s, and Doctorate degrees at the University of Maine between 1965 and 1969. Throughout his education, Raymond was a Pulp and Paper Foundation scholarship recipient.

Raymond’s industrial career began working as Assistant to the Director of Research and Development at St. Regis Paper Company, West Nyack, New York. He advanced to become Manager of Research and Development, then Manager of Environmental Technology. Before leaving St. Regis, he served as the company’s Director of Chemicals, Energy, and Effluent Technology.

In 1977, Raymond joined Weyerhaeuser Company in Federal Way, Washington. Until 2005, he directed Weyerhaeuser technology programs in environment, health, safety, energy production, and mill energy optimization. Between 1989 and 1992, he was General Manager of the Sensor and Simulation Products, a company that built and sold sensor and pilot plant equipment in the U.S., Europe, and Japan. From 1992 to 2005, Raymond was the Director of Strategic Energy Alternatives for Weyerhaeuser Co. Following his retirement in 2005, Raymond created a successful consulting business as Del Raymond Consulting Services linking thermo-chemical and biological conversion technologies with strategy.

In 1973, Raymond was named Chair of the UMaine Pulp and Paper Foundation Summer Institute Committee. He also served on the Research and Curriculum committees. Raymond was also a founding member of the Forest Bioproducts Research Institute Advisory Board. Raymond died at home, surrounded by his family, on November 10, 2011.