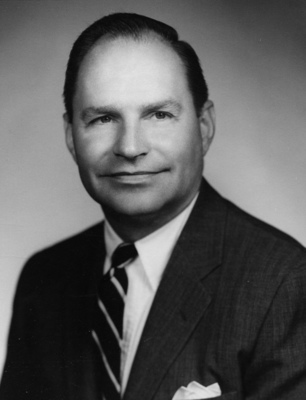 Philip H. Glatfelter III was born in Spring Grove Pennsylvania on March 17, 1916. He graduated from Brown University in 1935 with a degree in Economics. His entire industrial career was spent working in the family paper business, P. H. Glatfelter Company in Spring Grove.

During World War II, Glatfelter served as a staff assistant to the War Production Board in York, Pennsylvania before enlisting as a lieutenant in the U.S. Navy and serving in active duty in both the Atlantic and Pacific theaters aboard the battleship U.S.S. Arkansas.

The paper executive first became active in the University of Maine Pulp and Paper Foundation in 1951 when P.H. Glatfelter Co. became a Charter Member. A director for four terms, Glatfelter chaired the Membership, Nominating, and Honor Award Committees. He was also active in the American Forest and Paper Association, the National Council for Air and Stream Improvement, Inc., and the American Forest Institute among other industry organizations. He died in his Spring Grove home on January 15, 1997.