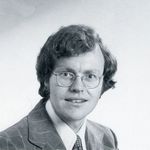 William "Bill" E. Glanz graduated from Dartmouth College and the University of California, Berkeley, where he earned his Ph.D. in zoology with a dissertation on the Comparative Ecology of Small Mammal Communities in California and Chile.

Professor Glanz came to the University of Maine in 1979 and stayed for 34 years as an Associate Professor in the School of Biology and Ecology. His research interests focused on the ecology, behavior, and conservation of birds, mammals, and amphibians. Among his many research projects were studying the effects of tidal restriction on breeding success in Saltmarsh Sharptailed Sparrows in Maine; status and conservation of Rusty Blackbirds in northern Maine; behavior of amphibian larvae in relation to environmental stressors, including predators and UV radiation; community structure of amphibians in Acadia National Park and effects of beavers on species distributions; wintering ecology, population responses, and conservation of Harlequin Ducks in Maine; foraging habitat selection and roosting habitats of bats in coastal Maine.

The record group includes field notes and data from Glanz's research into small mammal communities in California and Chile that formed part of his Ph.D. in Zoology from the University of California, Berkeley in 1977.